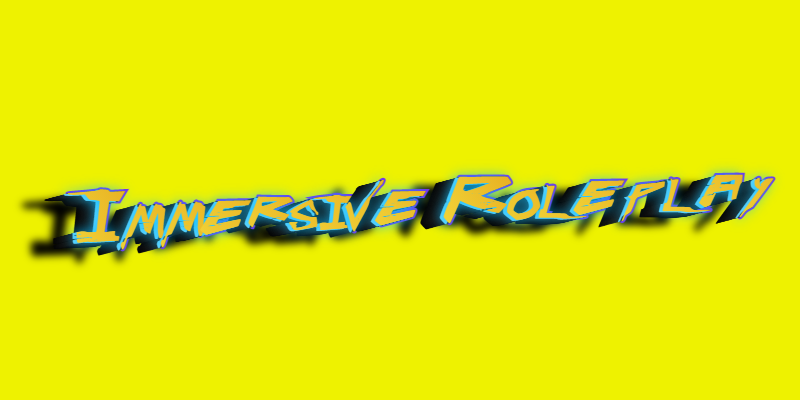 Don't got the eddies to buy a home? Build one:

With the housing pack you can build homes and businesses from nothing at all. The world is your will...
Furnish and decorate with thousands of items and objects.
Maybe even rebuild the town of Rocky Ridge while you are at it. Breathe life into the waste!

You aren't the only merc on the street choomba, expect to see others.

You can enable multiplayer in the IRP menu.
choose your avatar (what your friends see you as) and a Tag(nickname)
type in your friends tag and click create user or log in (depending on if its your first time or not)

Your friend will spawn in as the avatar they choose and their position will be synced in your game.
Your influence in each others world is limited but it will get better and better as time goes on.

For now you can see 5 other players around you. This will be increased in the future

At the time being you are basically ghosts in each others worlds, synced mission (custom or maybe original) and synced enemies are something that we plan on implementing.

A massively multiplayer mode is also in the works

keep in mind that for now :

Too many eddies? Nothing to spend them on? Make more! Purchase a property

For a solid chunk of eddies you can buy already existing houses and businesses and make them your own!
Rent out houses and apartments and see cash flow in from your businesses.

Love it or lose it. Stock Market:

You can purchase share's in Arasaka, Militech, Biotechnica, PetroChem and many other Companies; including IRP itself! It works much like any stock market. So get to investing in your favorite dystopian megacorp!

Take your favorite character out for a good time. The Angel on One Shoulder:

You can interact with characters such as Judy, Panam, Claire, and others by earning affinity points. The more you interact the higher your points will rise, then you can contact them by phone, invite them out to places of entertainment, and eventually to your home

. Take them as a trusted companion on missions or just go rampaging through the city ducking each others bullets. Each venue has a text based interaction list from which you select an action (no animations as of yet) such as Drink a Beer, Play a Game, Eat a Meal, or Have a Coffee! They will react to your choice which will affect your affinity, if affinity is negative you lose all privileges with that Character and will not be able to call them because they are sulking.

Gang or Group affinity. The Devil on the Other:

All Fixers both official and custom IRP fixers have missions to give and are affiliated with various gangs and corporations. For example: if Rita gives you a mission to seek out and kill a Tyger Claw's member, you gain affinity with Mox but also lose affinity with the Tyger Claw's so that when you are on their turf they will attack you. But don't worry, the Mox will back you up. The opposite is also true, if you become friendly with the Tyger Claw's, they will assist you and accompany you as crew members but the Mox will hate your guts. When affinity with a Fixer reaches a high enough level, you will be able to call them using the phone app.

Gather your choom's! Party down or go in guns blazing:

There are two unique ways to recruit a crew! You can make your companions members of your crew or recruit from gangs who look up to you. You can give them orders other than just the basic follow command! You can make them follow another npc, mount a vehicle, drive a vehicle and follow you. In combat you can order them to a specific point and they will comply, tell them to take cover, cease fire and retreat. You can switch their weapons or give them your own to use and can dismiss them so they return to their daily lives.

Delamain taxi service will pick you up when you call him by phone and select a destination. Look at the road when selecting and the taxi will pull up within 5m given that there is no traffic in the way. Delamain knows his way around Night City , these streets are his playground, and will drop you at the closest point to your destination. So if you don't feel like driving and want a scenic view of the city as you travel, Call Delemain Taxi Services!

Where the hell did they come from?:

Loads of new random events, making the streets more alive! Your affinity with gangs and corporations can make good or bad things happen to you on your adventures, so keep an eye out and make sure you are always packing the latest cyberware

Aside from the mass of stray bullets other causes of death do exist in Night City. Ever wonder why you don't see birds? Well feel lucky that you don't. But diseases, infections, and hell, even just choking on a hot dog can be the death of person. That's were Trauma Team comes in, but Trauma Team takes time to arrive. But no worries you can help out a person before Trauma Team arrives. Become the Patron Saint of Night City.

NCPD's apex predator, used in the most extreme of cases, and sometimes that extreme case happens to be gang violence. Watch as Maxtac swoops in to stop a rampaging gang, or hell, even join in on the chaos.

You can always count on family, especially a nomad family. Watch as the Aldecaldos come in to save your ass from a beating. Only in the badlands though. They don't like to be too far from the smell of freedom, petrol, and coyotes. You can even recruit them into your crew (the Aldecaldos, not the coyote's), they will watch your back, take a bullet, or even rush headlong into into an explosion to cushion the impact.

Night City is restless, gangs fighting on almost every block day after day, so why not join in on the fun? Pick a side and watch as the people you help like you more and the people you harm like you less.

You are nonchalantly walking along strutting your stuff, when out of the blue some bastard rolls up and randomly decides to play nasty. Not quite random maybe, this was planned, it's a bloody ambush!? Getting people mad enough puts a price on your head (maybe it was Wakako), and people in Night City will do whatever for eddies.

I Believe I can Fly?:

Ever look up high and get jealous of corpo's living in their high life in their AV's with minibars and heated seating? Well fret no longer because that is now a life you can live. Rent an AV from your favorite Fixer today!
AV is very WIP, we are still working on flight model and collision detection.