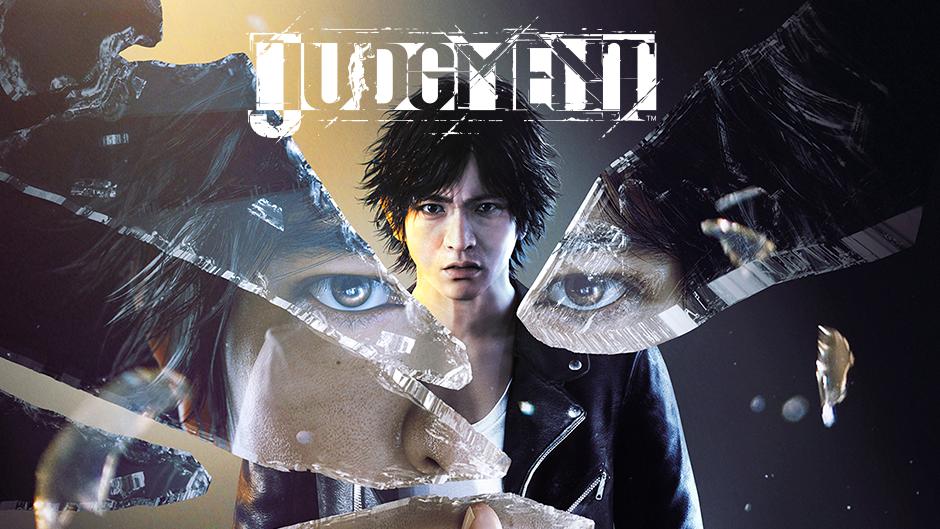 Judgment may be linked to Yakuza's legacy, but it still provides a great reason to explore Kamurocho once again.

I appreciate that the Yakuza studio wanted to try something different with Judgment, even if the biggest deviations are the absence of the bankable character Kazuma Kiryu and the addition of some detective busywork. Given that said work is typically brief, this is an easy one to recommend to Ryu Ga Gotoku acolytes and folks with patience.

Judgment swerves Yakuza's circuitous criminal conspiracies a few degrees off course before turning up at familiar intersections of violence, eccentricity, and drama. Novelties surrounding its private detective facade, however, breakdown into tests of patience instead of pragmatism. Judgment may be an honest amendment to Yakuza's doctrine but its most refined and exciting practices are also its most routine.

Judgment is another winner for Ryu Ga Gotoku Studio and provides dozens of hours of mysteries, hijinks, and flying fists to keep you entertained.

Making a spin-off to a beloved niche series that then drops its most popular character seemed like a crazy idea at first, but Judgment is a success beyond what I could have expected. Though it never quite escapes the shadow of its older siblings, this tale of a fallen lawyer and his refusal to let go of the truth provides an experience that has a lot to offer both Yakuza fans and newcomers alike.

Sega's spin-off has a few ideas of its own as it takes a detective's perspective on Kamurocho, though it all ends up feeling a little flat.

With its strengths and weaknesses, Judgment confirmed to us that it is certainly worth taking the umpteenth journey to Kamurocho

Though there are some hiccups along the way, Judgment proves without a doubt that Ryu Ga Gotoku studio doesn't need Kazuma Kiryu to sell a great game.

Judge Eyes / Judgement is a very nice gift from the Ryu Ga Gotoku Studio. Even though it may feel at first like it is only a skin based on previous Yakuza games, it feels fresh enough and brings in brand new ideas that make for a great gaming experience. We would have simply liked that its characters spent less time talking and more time kicking asses, this is where they truly shine!

Despite the fantastic story, Judgment stops short of being a must-play thanks to its shallow and unfulfilling crime-solving gameplay.

There comes a time where someone plays a game that defines a generation to them, to me Judgment is that generation defining game. Judgment is a masterpiece.

Simultaneously fresh and familiar, Judgment is an excellent first step forward for the Yakuza universe after the conclusion of Kazuma Kiryu's story.

Judgment is a new direction for Ryu Ga Gotoku, and whilst it isn't on the same level of Yakuza just yet, there's plenty of room to grow.

Even if you've never touched a game in the Yakuza series, you'll find yourself having an absolute blast with this game.

Judgment is the best entry to the Yakuza series for new players. Introducing new characters and storylines, detective mechanics, an amazing minigame selection (including classics such as Virtua Fighter 5, Space Harrier or Fantasy Zone) and, for the first time, spanish subtitles.

Judgment is a superficial detective experience, but an extremely good Yakuza one.

Regardless some flaws, Judgment holds up even when compared to the best entries in the Yakuza series, on both narrative and gameplay side.

Sega has released too many Yakuza games continued in the West, and this Judgment is mostly like them stories and gameplay. However, the plot with Yagami is exciting and investigating every corner of Kamurocho makes the game richer. A perfect first step for a new player. A different perspective for the fans.

A fun spin-off that takes some of the best parts of Yakuza and weaves a story that's at least as compelling – even if a lot of gameplay elements are becoming overfamiliar at this point.

Despite being a spinoff game, Judgment does everything that merits it standing on its two feet. An engrossing narrative, great characters, and a wealth of side content make for a thrilling adventure - despite some niggling story beats and under-utilized mechanics.

That Judgment drops the Yakuza moniker from the title is surprising, as the game feels like a Yakuza game through and through, with the signature sprawling open world of Kamurocho, combo-based brawling combat, and kooky sidequests. Yagami’s new detective abilities add some enjoyable variety into the mix, but the title would have comfortably fit into the main franchise. That being said, Judgment stands out as one of the very best in the series and serves as a perfect entry point for anyone curious about the Yakuza games.

A sizeably riotous spin-off to Sega's Yakuza franchise, Judgment combines the series penchant for balancing seriousness and absurdity with a hyper-engaging central protagonist whose deeply charismatic persona freshens the whole affair up massively. Judgment is a toweringly good offering then, and one that we hope leads to its own series with leading man Yagami at the forefront.

Judgment may be a Yakuza spin-off, but that doesn't stop it from being one of the best games in SEGA's series. Barring some gimmicky gameplay additions and some unnecessary story padding, it's an absolutely ace detective thriller. As we've come to expect of Yakuza Studio, Judgment's writing and characters are top notch, and it's arguably a perfect place to start if you're looking to explore the streets of Kamurocho for the first time. Another great showing from a developer that's at the top of its game.

Judgement is fun, filled with suspense, drama and humour, and more then stands-up alone in its own right as a great alternative to the Yakuza series.

Detective gameplay mixed in with Yakuza DNA wrapped up in an engaging crime thriller story with superb voice acting and memorable characters.

Judgment is without a doubt the best playing Yakuza game to date. It has all of the quality of life improvements of the Dragon Engine alongside a host of new welcome features. The combat and minigames are the best they've ever been. The narrative is interesting overall, but can feel misguided and aimless at certain points.

Judgment is another great Japanese crime drama that will grab your attention as the stakes get bigger and bigger, but it's not quite on par with the Yakuza series. Some of the private detective busywork could make way for more of RGG Studio's trademark goofiness to cut through the seriousness of the main story, but anyone who has any interest in Far East crime dramas or the Yakuza series should pick Judgment up. Judgment has been judged and has been found worth playing.

Judgment is very much a Yakuza game in detective clothing, but with some clever twists and a killer mystery at the center, it ends up feeling surprisingly distinct. While some of the detective-specific mechanical additions are a drag, everything else vibes really well with the familiar Kamurocho setting. It's easily the best of the recent line of Dragon Engine-developed games in the series—even without Kiryu Kazuma at the center, and even without a karaoke minigame.

By combining the legal proceedings of Ace Attorney with the visceral combat and open-world hijinks of Yakuza, developer Ryu Ga Gotoku Studio has turned in a new, but familiar property.

Judgment tinkers with the Yakuza template enough that it provides something for fans, as well as those who have always thought about visiting Kamurocho.