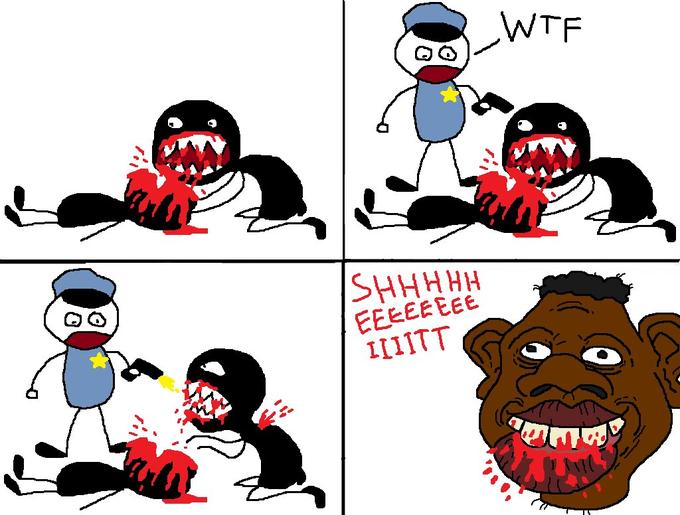 This is only the latest in a string of bizarre cannibal crimes across the world.

It was reported that a bus driver known only as “Dong” ran into the middle of the road near a bus station, blocking the car of a female driver. The woman has been identified only as “Du”.

Dong then apparently attacked Du’s car, climbing onto the hood and banging violently on the windshield while Du screamed inside. As the terrified Du fled her vehicle, Dong jumped on her and wrestled her to the ground and in a bloody act of savagery began to eat her face off.

Witnesses say Du's face was covered in blood and they tried to subdue the man, but he was so “crazed” that intervention was impossible until the police arrived to apprehend him. Du was sent to a hospital where doctors said she will need plastic surgery to repair her nose and lips.