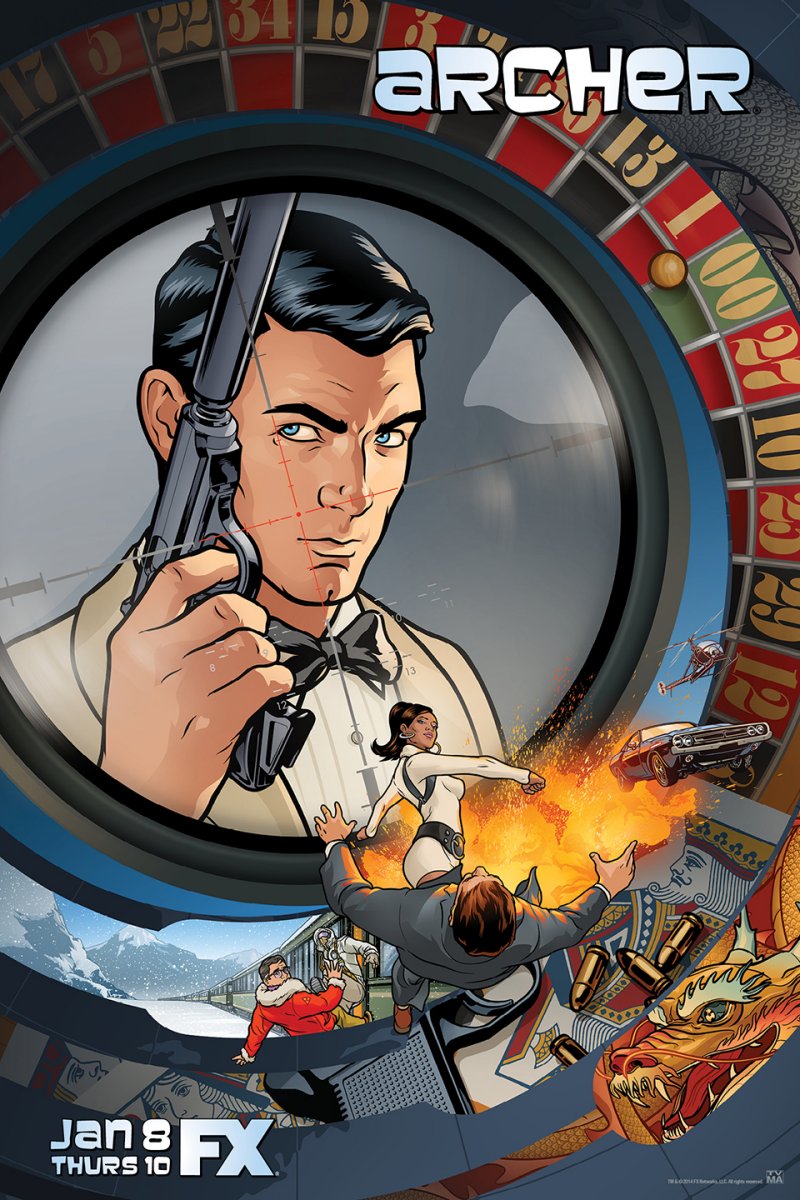 Having tried their hands at cocaine dealing and/or country singing in last season’s Archer Vice adventures, the Archer crew will get back to doing the thing what they do best (or, possibly, worst) when the animated FX show returns in January: spying.
But how have Sterling, Lana, Pam, and the rest of the team been spending their downtime? The answer is revealed in the new season-six music video teaser which you can exclusively see below. (Wait, I had something for the end of this paragraph—probably related to Kenny Loggins. God-dammit.) Regardless: enjoy.