To all our colleagues and friends:

I know many are shocked and saddened at the news of my father's untimely passing. I believe myself deeply fortunate that I had a father as special as Robert Altman. He and I had, perhaps, an unusually close relationship. He was a caring father that, over time, became as much a close friend as a father and mentor. And in the last few years of his life, I had the privilege of working alongside him at ZeniMax.

Everyone knew him as our Company leader -- the man who set our strategic vision and core principles, who gave our State of the Company address every December, who sent out congratulations to a studio on a game release, or the man who tried to maintain a sense of community by writing weekly emails while we were all locked down at home.

It is a shame that everyone didn't get to know him as a friend, though many did. He was fiercely loyal to his friends, and had a way of connecting with people instantly. Inspiring them, getting the best out of them, and often teaching them with his seemingly endless wisdom. It is no surprise to me that the ZeniMax/Bethesda leadership team has been together for over 20 years -- the group of colleagues became a group of Robert's friends.

I could never properly capture Robert's character in a letter, but I will try to share an illustration of the man you all saw, and whom I knew.

In my first week at ZeniMax, I was surprised to learn that Robert emailed the entire company if he had baseball tickets he wasn't using. He was, unsurprisingly, inundated with emails within a matter of seconds. I politely suggested there may be better uses of his time than to get a full inbox for something so minor. He said "No, I prefer to do it myself. I like a personal touch, and besides, I like hearing from everybody."

Robert, a lawyer by training, had a reputation as a master of the board room. Many times a colleague -- or I -- would come under fire with a virtual cross-examination about a budget, forecast, development timeline, or other business decision. So legendary was his meeting room manner that our production staff taught an annual seminar titled, "How to Present to Leadership," which everyone knew was really "How to Present to Robert." And Todd Howard kept an entire book of Robert's most notable meeting quips and quotes, which he regularly updated. But no matter how difficult a meeting was -- and over the years, we had many tough meetings -- business was business, and far more important were the relationships among colleagues. Rarely did a meeting start or end without jokes and a shared laugh.

Robert would regularly sit and grind out a day's work without getting up from his desk for even a meal. Robert was a believer in the value of work, and often said the greatest sense of accomplishment comes from achievement through hard work. Prepare for meetings, take the extra time to pay attention to detail, revise your drafts. Grif Lesher, our General Counsel and a friend and colleague of Robert's for over 40 years, often said that Robert would rewrite Shakespeare if given the chance. "That's because it can be improved," Robert would often respond.

Occasionally I'd convince Robert to take a break and go for a walk around the building with me. On one of our walks, he was telling me stories from the trenches of ZeniMax's early days, when the Company's success was anything but certain. I asked him, after 20 years, and all the success the Company had seen, what he was most proud of. Robert told me to look around the (overflowing) parking lot, and said he was most proud that the thousands of families of our employees could have food on the table, afford books, education and opportunities, all because of the Company he had built. "What makes it even better," he said, "is that our employees get to make a living making games -- something they love."

One of Robert's most defining personal qualities was how much he always looked out for people, and cared for them. I find it fitting that Robert's final great professional accomplishment -- in a long career of professional accomplishments -- was to make a deal to be acquired by Microsoft. Robert and I had strategic discussions many times, and he was always uncompromising that he would never make a deal if our developers would not support it. "I don't care how much money anyone offers. We will never be acquired unless it's a good home for our studios," he would say. I can't think of a better home than Microsoft. And all the more fitting that we will soon be working for Phil Spencer, of course, yet another of Robert's close friends and a man Robert regularly described as one of the greatest minds in our industry.

I could write endless stories about Robert, but I think it most appropriate to close with a few of Robert's life lessons, which he often shared:

Closing our deal with Microsoft will be a bittersweet moment for all of us. But I take comfort in knowing that our Company is and will be in the capable hands of Robert's friends. And I know that we will continue to honor his legacy by making the world's greatest games for our fans.

Love to you all, 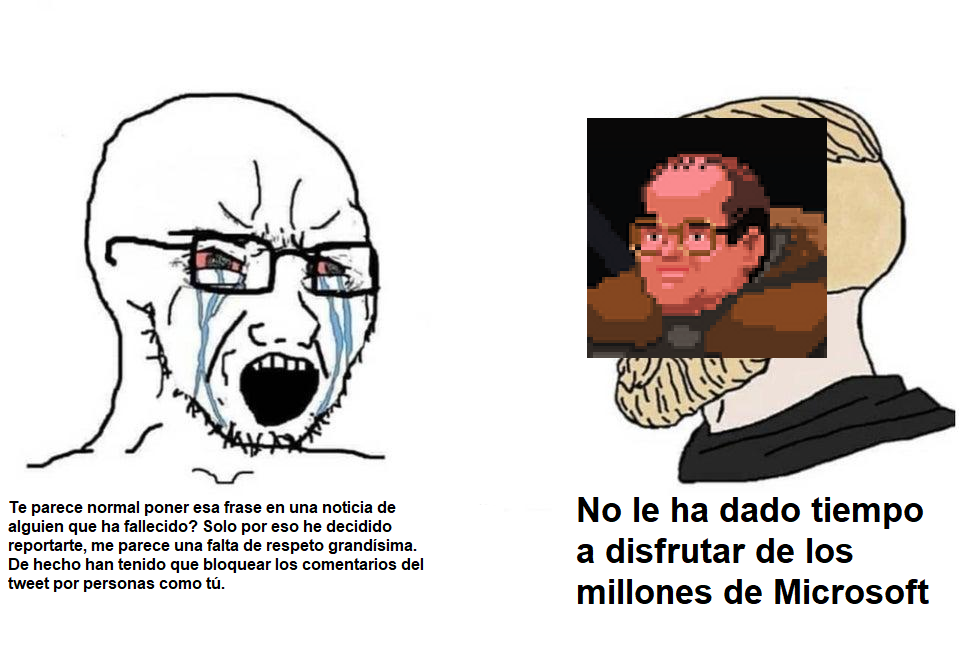